As you might have guessed, the Swedish parenting style revolves a lot around the outdoors, but there is more to it!

Recently I came across a story in Time Magazine called How to Parent Like a German and found it intriguing, partly because I was born and raised in another European country – Sweden – myself. After I started raising my own two daughters in the U.S. I noticed that my own deeply held cultural beliefs about parenting and childhood were not necessarily the norm here. In fact, I discovered that it’s almost impossible to even talk about a specific American parenting style, since this country is incredible diverse and parents seem to gravitate toward whatever “tribe” shares their own core beliefs.

Honestly, I was confused at first.

American parenting styles seemed to run the gamut from authoritarian obedience to not even using the word ‘no’. There were helicopter moms and free range parents and everything in between. I learned completely new concepts, like gender reveal party, baby wearing and kindergarten readiness.

All Swedish parents certainly don’t raise their kids the same way. But these are some habits that may surprise you about the Swedish parenting style.

Yes, even in the winter. So please don’t call Child Protective Services on your Swedish neighbor whose baby is sleeping soundly on the back porch in freezing temperatures – she is just doing something that generations of Scandinavian mothers have done before her, and the baby is likely well bundled up. According to the Swedish parenting style, fresh air is considered key to good health and napping outside is both common at home and standard practice at preschools. The upshot of this practice? Babies take longer naps when they sleep outside in the cold, according to one Finnish study.

#2 Kids play outside every day, regardless of the weather

With its dark, freezing winters and cool, often rainy, summers Scandinavia definitely picked a losing ticket in the global climate lottery. But parents in Sweden happily tell their kids, “There is no such thing as bad weather, only bad clothes” and send them outside to play anyway (see Five Reasons Why I let My Kids Play Outside in (Almost) Any Weather). Some nurseries, so called “Rain or Shine” preschools, or forest schools, even specialize in playing outdoors most of the day all year round. In elementary school indoor recess doesn’t exist, and since recess makes up approximately 20 percent of the school day in Sweden, older kids have plenty of time to play outside during the day as well.

#3 Young kids don’t have a lot of organized activities

Swedes are very protective of both their own and their kids’ free time, and in general don’t rush to get them signed up for sports and other extra-curricular activities. Whereas American moms will sometimes tell me that they spent their summer chauffeuring their children to toddler reading programs, science camps, competitive soccer, viola lessons and twice weekly swim meets, Swedes are more likely to pack up their camper van and head for the coast. Many kids will eventually pick one sport that they like to play after school, but often they have to be at least 6 years old to play on a team. 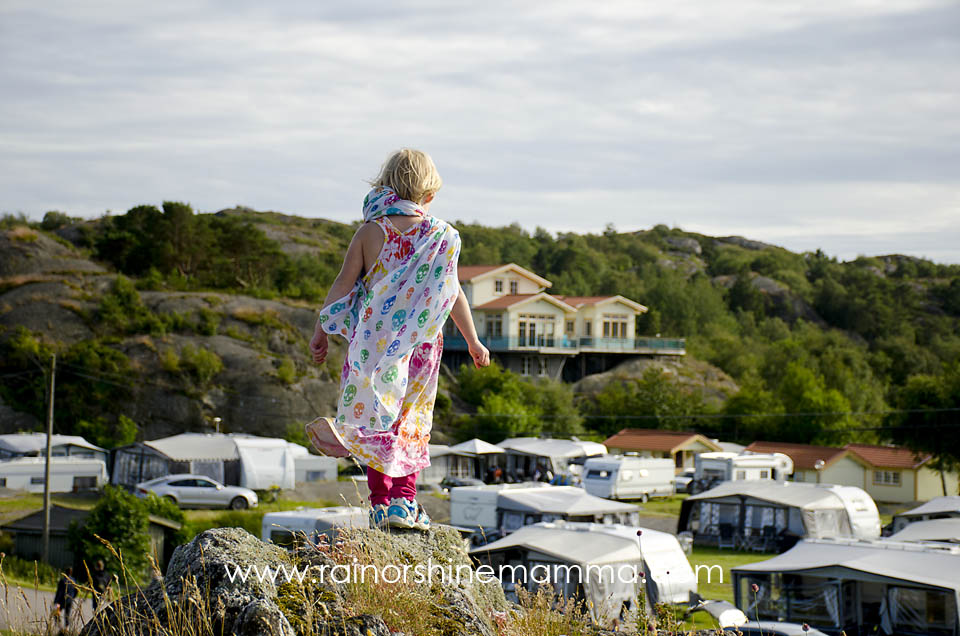 Swedish parents believe unstructured play is an essential part of childhood (see #2 and #3) and mandatory schooling doesn’t start until the year a child turns 7. Over 80 percent of Swedish children aged 1-5 attend a government-subsidized preschool which also functions as a daycare. But unlike preschools in many other countries there are no flash cards, wall words or handwriting exercises. Instead, preschools usually focus on play, cooperation, tolerance and gender equality.

Sweden was the first country to ban spanking and all other forms of corporal punishment in 1979, and its neighbors Finland and Norway soon followed suit. Although spanking was once a common way to discipline your child, more and more parents voluntarily moved away from it in the 1960’s, as “the continuous growth of a democratic, egalitarian ideal meant that more and more Swedes felt that all people – children too – should enjoy equal protection from violence,” according to this article on the official site of Sweden. Today the practice is severely frowned upon.

What foreign parenting practices have surprised you? Let’s chat in the comments! 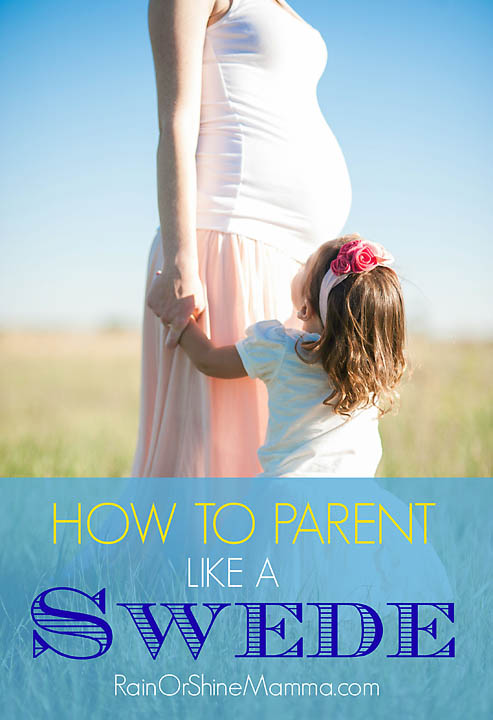