I might as well admit it; I’ve never been one to handle messes well. Although I don’t consider myself a neat freak, I like my home nice and clean, and I like my kitchen counter free from clutter. When my girls ask to make homemade salt dough and proceed to unleash their imagination – along with approximately two pounds of flour, water and salt – on our dining room table, I secretly cringe. Not only because salt dough has a tendency to travel and find its way into EVERY little crack and crevice in the house, but because I know I’m likely the one that will end on my knees scraping it out of the cracks of our hardwood floors later. Maybe my aversion to this type of messy play makes me a tad Type A. Or maybe it just means that I’m human.

Either way, deep down I know that kids – including mine – NEED to be allowed make messes. In child development lingo, this falls under the category of “sensory play,” which simply means play that engages the senses. By seeing, hearing, touching, tasting and smelling, children gain important physical, cognitive, verbal, social and emotional skills. That’s a fancy way of saying that children need hands-on exploration to learn new things, how to interact with others and make sense of the world around them. In fact, research has found that children (and adults!) learn best when they engage all of their senses. 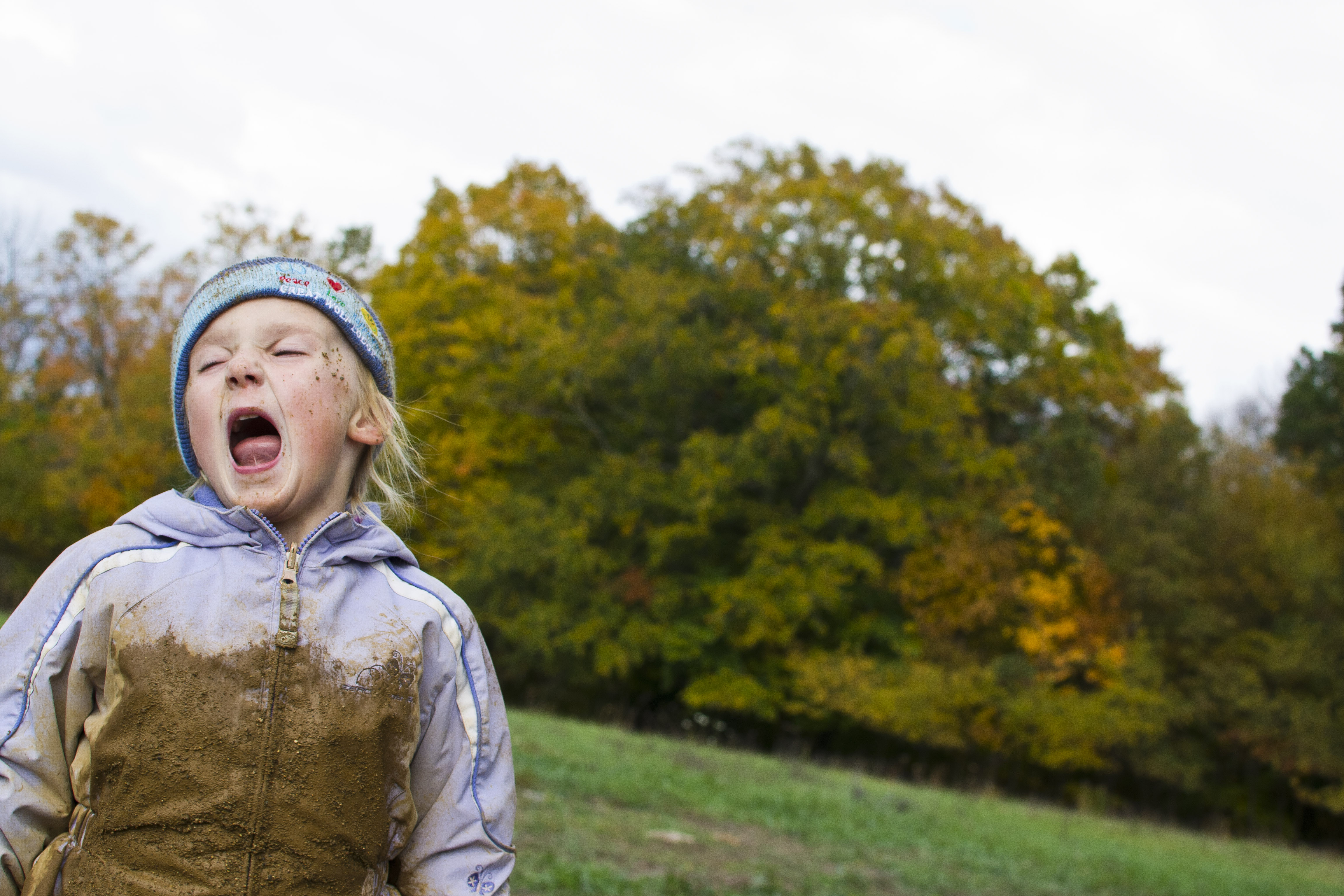 That’s why, when given the opportunity, children will automatically gravitate toward sensory play and stimulation. Even babies do this constantly, for example by grasping objects to feel them out and sticking them in their mouths to find out what they taste like. Likewise, toddlers often explore food by playing with it. This is hard for some parents to stomach, but there’s good reason why children are wired this way. For example, one study from the University of Iowa showed that toddlers learn the names of food quicker when they are allowed to play with it.

Not only does messy play help children learn the basics of life and pave the way for academic learning later on. But if we deprive children of of opportunities to engage in messy play, we also risk depriving them of normal sensory development, according to pediatric occupational therapist Angela Hanscom, author of Balanced and Barefoot. Hanscom often points out that the recent rise in sensory issues among young children at least in part can be explained by parents’ aversion to messes and the trend to keep children neat and tidy at all times.

If this is something that you struggle with, believe me when I say that it’s possible to encourage messy play AND keep a neat and tidy home. Here’s how:

Warmer weather is on its way, which means my kids will spend even more time getting dirty outside. And you know what? When I see them coming back from the backyard covered in mud from head to toe, I can honestly say that I embrace it. Since I became a parent, I have learned that the outdoors is where both a child’s need for messy play and a parent’s need for sanity can be satisfied. Now that’s what I call a win-win both for kids and Type A parents.

Getting caregivers on board for outdoor learning

All learning begins with the body - this is why it's crucial to protect and promote outdoor play in childhood🤸🏽‍♂️ Enough with the worksheets and wall words and pressuring young children to reach academic milestones before they are physically, mentally and emotionally ready. If we truly want our children to succeed in school - and in life - we must understand how the brain works and how children learn. And this is what brain science tells us:🧠 Children learn by building connections between brain cells called neural pathways.🧠 As many as 90% of the neural pathways are set in the first years of life, making early childhood the fastest period of brain growth in a person's life.🧠 Some of the chemicals that are needed for these neural pathways to grow are only released when children move.🧠 The more the neural pathways are used, the stronger they get.🧠 Being physically active outside is crucial to growing children's networks of neural pathways and, as a result, improving memory and learning.For more interesting insights on the connection between outdoor play and brain development, check out this white paper by the Institute for Child Success: www.instituteforchildsuccess.org/wp-content/uploads/2019/02/Childhood-Unplugged-Outdoor-Learning.pdf ... See MoreSee Less
View on Facebook
· Share

This is hysterical🤣🤣 And probably applicable to a lot of moms in other mountain states as well - I used to live in Montana and I can definitely relate😅 ... See MoreSee Less
View on Facebook
· Share

To all the parents who are worried about not providing enough enriching and educational activities for your children - this quote is for you. The fact that you're even anxious about it tells me that you're probably doing more than enough to stimulate your child's growth and development🙌🏽 Remember that the most important thing you can do for a young child, aside from providing a loving and supporting home, is to allow ample time and space for free play, preferably outside🌿All mammals, including humans, learn by playing, moving their bodies and mimicking older individuals.So go outside and feel the joy of connecting with the trees and the earth and the birds and the sky. Follow your child's curiosity and see where it takes you. Get excited about their discoveries. Let them climb, crawl, roll, jump, run, cartwheel. Let them fall and get back up and fall again. Dare to say 'yes' and embrace the mess. Let them get bored. Take a step back and trust in the power of nature play.Quote by @themainenanny ... See MoreSee Less
View on Facebook
· Share

One of the reasons why I’ve always made a point

All learning begins with the body - this is why it

It’s during the dog days of summer that the sayi

To all the parents who are worried about not provi

While we cook outside all year, summer is definite

Sunny days on the water can be lovely. But nothing