Are Your Kids Too Clean? Germs vs. Playing Outside - Rain or Shine Mamma

Growing up in Sweden, I heard this old saying more than once. It roughly translates to “A little bit of dirt cleanses the stomach.” While I wouldn’t take this literally, researchers are finding more and more evidence for the theory that being exposed to certain microbes in the womb and early childhood strengthens our immune system and protects us from illnesses later on. Smaller family sizes, increased antibiotics use, less contact with animals, more time spent indoors, and an obsession with cleanliness have all contributed to our immune systems slacking off in the past 50 years. And when the immune system isn’t challenged enough it might start looking for things to do, like overreacting to things that aren’t really dangerous, causing allergies, asthma, eczema, childhood diabetes and inflammation later in life. 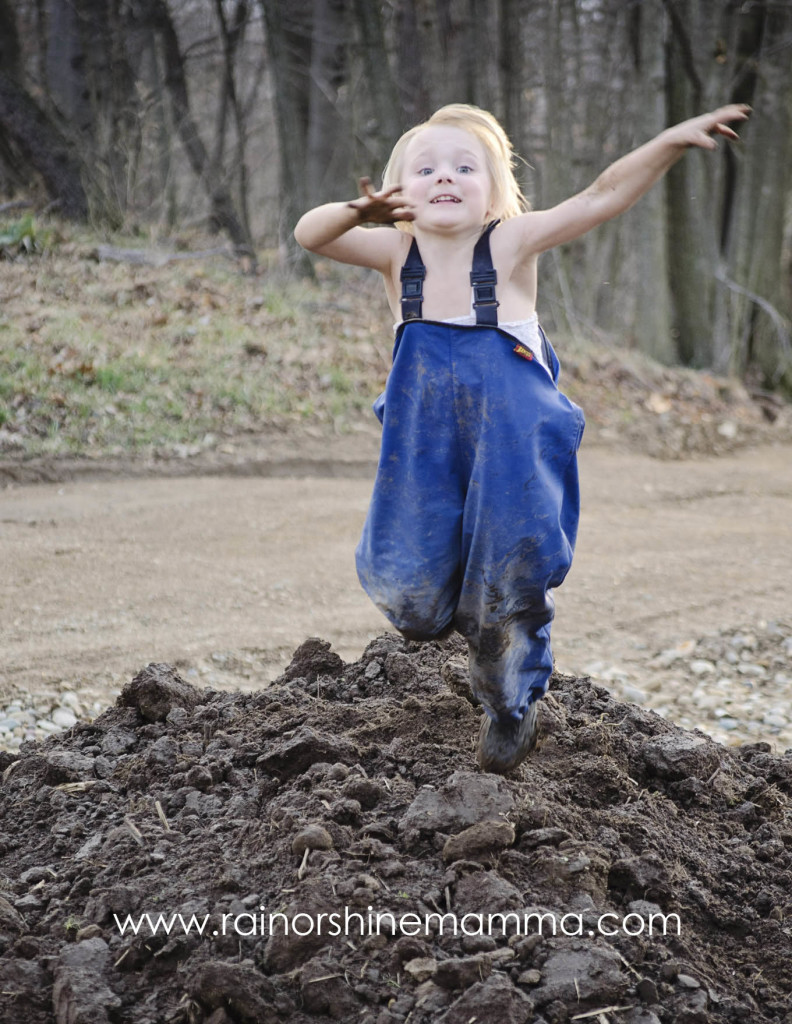 In a society where nothing is considered really clean unless it’s been immersed in Clorox, and hand sanitizer is hailed as the greatest thing since sliced bread, it turns out that maybe keeping our kids sterile isn’t so good after all.

In academic lingo, this is called the hygiene hypothesis, and it’s been around since 1989. Many studies have supported this hypothesis, most famously a comparison of children in West and East Germany before and after the fall of the Berlin Wall. The researchers were surprised to find that the children in the poorer, dirtier and less developed East were less likely to suffer from asthma and allergies than the children in the West. More recently, studies have found that Amish children have remarkably low rates of asthma and allergies. The reason? Likely what European scientists call the “farm effect.” Breathing in the microbes found in manure from cattle and other farm animals every day is beneficial to the immune system and could explain why only 7.2 percent of the Amish children in one study had an increased risk for allergies, compared to 50 percent of the general population. The Amish kids also had more siblings to pass around the germs, which means they build more immunity. And the earlier we’re exposed, the better the protection.

Of course nobody is saying that we should feed our kids dirt, stop taking showers or go back to the days when the drinking water was so filthy that people drank alcohol to stay healthy. Nor should you consider the hygiene hypothesis a valid excuse to stop cleaning your house (dangit!).

Vaccinations, antibiotics and the improvements in sanitation and personal hygiene in the industrialized world have been key to curbing outbreaks of infectious diseases and have saved a lot of lives. At the same time, our modern lifestyle has wiped out a lot of beneficial microbes, including some in our guts that help us stay healthy, and likely triggered the current epidemics of asthma and allergies. Striking a balance between ‘not clean’ and ‘too clean’ can be hard, and even the scientists don’t fully understand our complicated relationship with parasites, bacteria and viruses.

So what is a parent to do? 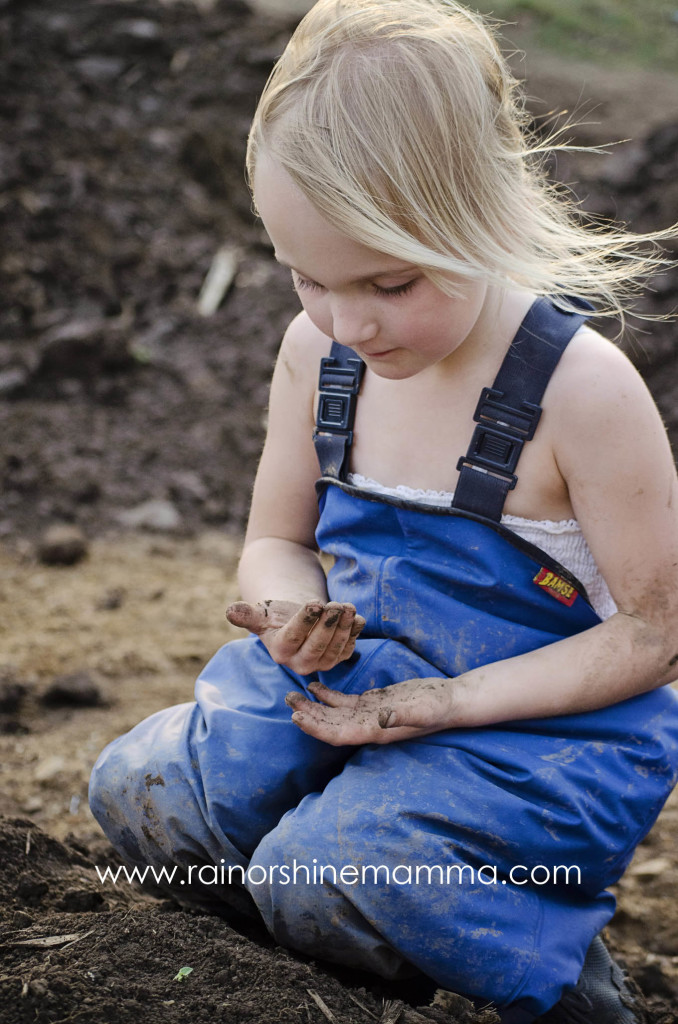 Sources: Can it Be Bad to be Too Clean? The Hygiene Hypothesis, The Scientific American; A Cure for the Allergy Epidemic?, The New York Times Sunday Review; How keeping children too clean can wreck their immune systems, The Mail Online; Is Dirt Good for Kids?, WebMD, The FDA says studies on triclosan, used in sanitizers and soaps, raises concerns, The Washington Post 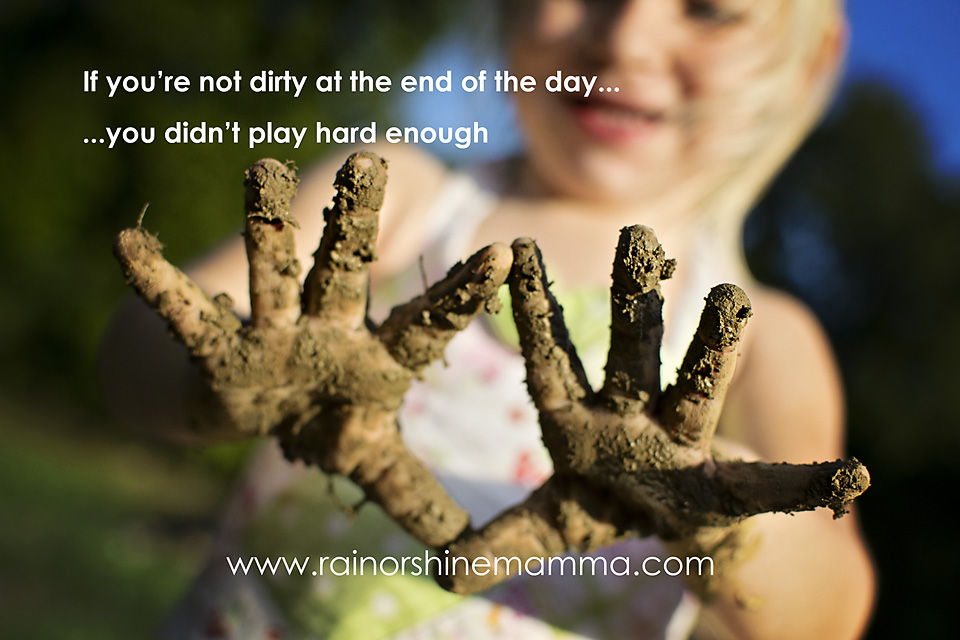 Cleanliness and Kids: Should You Let Them Eat Dirt?

Embracing Messy Play: Advice from a (Recovering) Type A Parent

Oh my, how cool is this tree chair!?!😍This artist spent eight years to create this tree-chair 🌳 using methods of gradual redirection of the branches, which consists of shaping the trees as they grow according to predetermined designs.Photo: Peter Cook ... See MoreSee Less
View on Facebook
· Share

Happy Friday, peeps! I hope your weekend will be filled with not being busy😜 ... See MoreSee Less
View on Facebook
· Share

❄️🌷There’s No Such a Thing As Bad Weather

Me and my mini-me😍 This teenager isn’t always

I’m so happy that when my kids see a tree, their

Some people enjoy skinny dipping. My kids like swi

I’m a big believer in spending family time in na

When I spend time in nature, I do it in or near my

Have you ever made bread on a stick? Such a fun an

Oh summer, how I love thee☀️But sometimes I fe

Art or not? I guess it’s in the eye of the behol