As I was lazily browsing my Facebook feed last night, a heated thread about an elementary school in Indiana caught my attention. The school has opened again after closing because of Covid-19 last spring, but is subject to severe restrictions put forth by the state. As a consequence, the playground equipment has been shut down and the children now must take turns playing on the grass or the blacktop. That’s when they get outside at all. Most days they spend mere minutes in the schoolyard and sometimes there’s no outdoor recess at all. In fact, they even eat and have recess in their classrooms, some of which don’t even have windows. According to one mom, the students are only allowed to get out of their desks for bathroom breaks. Her own had reportedly left theirs four times that day, in total.

The sad thing is that they’re probably the lucky ones. As some countries are grappling with new corona outbreaks, many children and their parents are once again on lockdowns, essentially unable to leave their homes. This wicked virus may be killing the elderly, but the efforts to stop it are taking a heavy toll on our children as well. As they’re being isolated and kept inside, their mental health suffers.

According to a new study, a month-long lockdown can cause children aged 4-10 to become clingy, unhappy, anxious, restless and fidgety. Unsurprisingly, the symptoms typically become worse over time. What the long-term effects of lockdowns, school and playground closures and other severe measures will be we don’t know yet. Yes, children are resilient. But chances are they’ll be marked by this pandemic for a long time.

Want to combat a virus? Go outside!

There’s no doubt in my mind that state governments and school administrators everywhere are doing the best they can for the kids. Still, it’s disheartening to see that so many people in charge seem to miss a basic and well-known fact of infection control. Germs that cause disease spread much more easily inside four walls than out in the open air. Before the discovery of effective antibiotics, some schools even moved their classrooms outside to curb the spread of tuberculosis. It worked so well that by 1918, around 130 American cities operated open-air schools of some sort.

When kids are outside, they’re naturally physically distancing. There are also fewer surfaces for viruses and bacteria to cling to. The children are getting sun exposure (Vitamin D) and exercise, both of which are crucial to a strong immune system. Plus, nature works wonders on children’s mental health, as it’s known to reduce feelings of stress and anxiety, and increase feelings of calm and happiness. Some of these effects are measurable after as little as 10 minutes outside. No wonder the Scottish government eyed its many outdoor nurseries when it eased out of lockdown and began planning for reopening daycares and schools. And in Sweden, where schools never closed, not even during the peak of the corona outbreak, the government recommendation has been clear from the get-go: “Physical activity outside is encouraged and reduces the risk of infection significantly.”

With so much uncertainty and so many different approaches of combatting the virus across the world, parents are naturally getting frustrated. While nobody has a final answer on how to beat the novel corona virus, taking away children’s outdoor play and social interaction isn’t it. A review of as many as 47 scientific studies has found that children account for just a small fraction of Covid-19 cases, and:

Overall, the study concludes that letting kids go to preschool and school is unlikely to affect mortality rates in the elderly.

By all means, follow the mandates put in place by your local government. But also let your voice be heard if you don’t think that the restrictions are rational, based on science or conducive to your child’s health. In this time of crisis, our children need outdoor play more than ever.

13 Benefits of Outside Play That Are Backed by Science 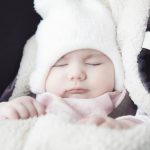