We just had one of those days. The Little Naturalist had come home from kindergarten grumpy and tired. Predictably, she soon fell apart over a perceived disaster. I think it was the fact that I accidentally gave her the pink cup for her snack instead of the purple one that sent her crashing to the floor, kicking, screaming and crying.

I tried every trick in my parental tool box to get her to calm down. I reasoned with her, hugged her, pleaded with her, left her alone. But not only was she not calming down, her fit just kept getting worse. She was inconsolable and I was getting exasperated. (Until I became a parent, speaking in front of a crowd was one of the biggest stressors in my life. These days, children screaming uncontrollably typically have the same effect on my blood pressure.)

So I did what we always do after school; I got the girls and myself ready to go outside. It wasn’t pretty. Getting all the winter gear on the kids is a time-consuming task any day, but when you throw a tantrum into the mix it’s like trying to walk in the wrong direction on a speeding escalator. While you’re busy putting one mitten on, your child is ripping the other one off, along with her hat and snow pants.

Since she refused to walk, I carried her to the woods behind our house. Once we got there, I put her down on the ground, which only added fresh kindling to the fire. She was agitated and madder than hell. And she was mad at me.

“I don’t think you’re a very good mom!” she finally screamed, knowing full well that this phrase likely would hurt me the most.

The healing power of nature

I took a few deep breaths and calmly walked off, to the creek down the hill, to give both of us some space. Shortly thereafter I noticed that the screaming stopped. I walked back up the hill to see what was going on. Surprisingly, I found the Little Naturalist sitting by a young maple tree, her legs in v-formation enveloping the trunk and her arms wrapped around it. 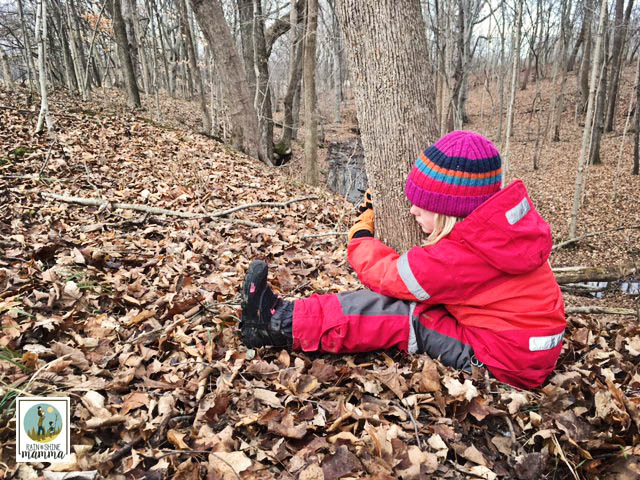 “I made a friend while you were gone,” she said, matter-of-factly, when she saw me coming.

“The tree. The tree is my friend.”

“That’s great, honey. Did the tree comfort you when you were upset?”

“Yeah.” she said, and got up on her feet. She started gathering loose parts from the forest floor, which she placed by the trunk, like a little shrine. “The rocks and the twigs and the leaves are my friends too.”

Her face was still blotchy and her eyes red from the tears and emotion, but the tantrum had petered out and my little girl was her old self again. Before too long, her older sister, who is eight, had also picked out a “tree friend” that she hugged and decorated with found natural objects.

Nature is no cure-all for all behavior issues and plopping your kid down by a tree won’t magically immerse them in a quiet, zen-like state. But I do believe that nature can fill many of children’s psychological and spiritual needs, and research supports that notion. Studies have already shown that nature is therapeutic for adults. Although less research has been done with children, several studies have showed that spending time in green spaces can lessen ADHD symptoms. Another study showed that nearby nature moderates the impact of stressful life events on the psychological well-being of children. 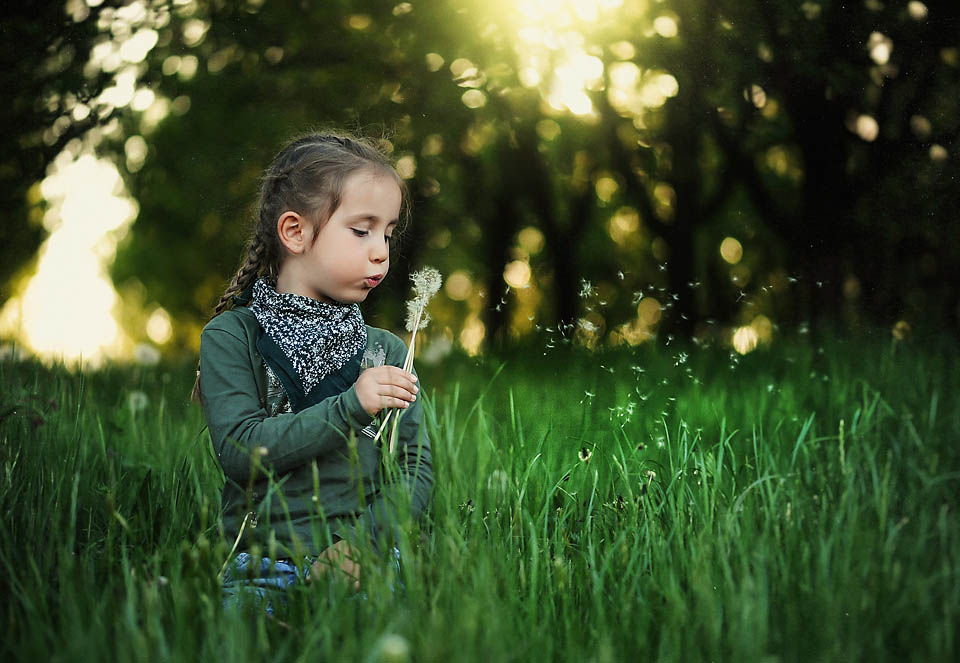 This is also one of the reasons why I’m determined to raise children who feel at home in nature. I want them to see nature as something to draw strength from it in difficult times or, for that matter, when life hands you a pink cup after a long day at school. I realize that getting outside when that happens won’t always have the desired effect. But the next time my daughter’s temper flares and she’s having trouble coping, I’ll remind her of her tree friend and thank Mother Nature for always being present in my parenting tool box.

P.S. Although I’m usually restrictive about exposing vulnerable moments like these on the blog, both of my daughters insisted that I share this, as they are hoping it might help somebody else.