In Sweden, where I grew up, the habit of eating outside is deeply entrenched in the cultural fabric and many Americans can probably also relate to the notion that food “just tastes better when you eat it outside.” When you go camping, cooking over a campfire or on a camp kitchen is par for the course. But have you ever heard of community-run outdoor cooking groups for families?

An outdoor cooking group for families can be a fun way to build community and get more kids outside, starting already in infancy.

Eating outside is an effective way to subconsciously foster a connection with the natural world. Even when having a meal on a balcony in the middle of the city, you can’t help but notice nature through the air that you’re breathing, the wind that might blow your napkin away and – inevitably – the small fly that will at some point during the meal drown in your water glass.

Cooking and eating together outside can also be a way to build community, especially if you’re a stay-at-home parent suffering from cabin fever. When Mats Hellman of Tibro, Sweden, was on paternity leave with his third child, he came up with the idea of starting an outdoor cooking group for  parents.

“I never thought cooking inside with a bunch of kids was very enjoyable,” says Mats, who today is a father of five children under the age of twelve. “Outside, the cooking becomes an experience in itself, instead of being a chore. When you’re outside the kids can run around and be wild and it’s okay. It’s a little more laid-back, and even though the food is simple it usually tastes really good.”

Mats’ idea was as simple as it was brilliant: The group would meet in the woods or one of the public parks around town and cook lunch together. Before each event he would post a map with a location and a recipe with a breakdown of the ingredients on a website, then anybody who wanted to join in could bring their share of the fixings and help put it all together. The city council contributed funds for a tripod, a large pot and reusable tableware. Around 11 a.m. one snowy Friday in January 2010, the first strollers started to roll in.

Every week, rain or shine, the parents gathered around the fire to cook, while the older kids played and the younger ones often napped in their strollers. Initially, none of the parents knew each other, but this soon changed. “Standing around the fire and adding the ingredients created a feeling of community,” Mats says.

The recipes ranged from the basic to the eclectic: fish soup, risotto, chicken casserole, spaghetti Bolognese, taco soup and more. The families soon noticed that cooking outside wasn’t all that complicated, and that pretty much anything that you can cook inside also can be cooked over an open fire. “The best part is that you don’t have to interrupt a day of outdoor play to go inside and cook. You can tell that you feel good after being outside the whole day,” Mats says.

Now that his paternal leave is over, Mats’ job as a project manager keeps him inside all day. But the family still often eats outside together. “When you eat outside it’s easier to stay outside all day, and you know that it’s good for you.”

Does cooking together outdoors sound like a fun idea to you? The tips below can help! 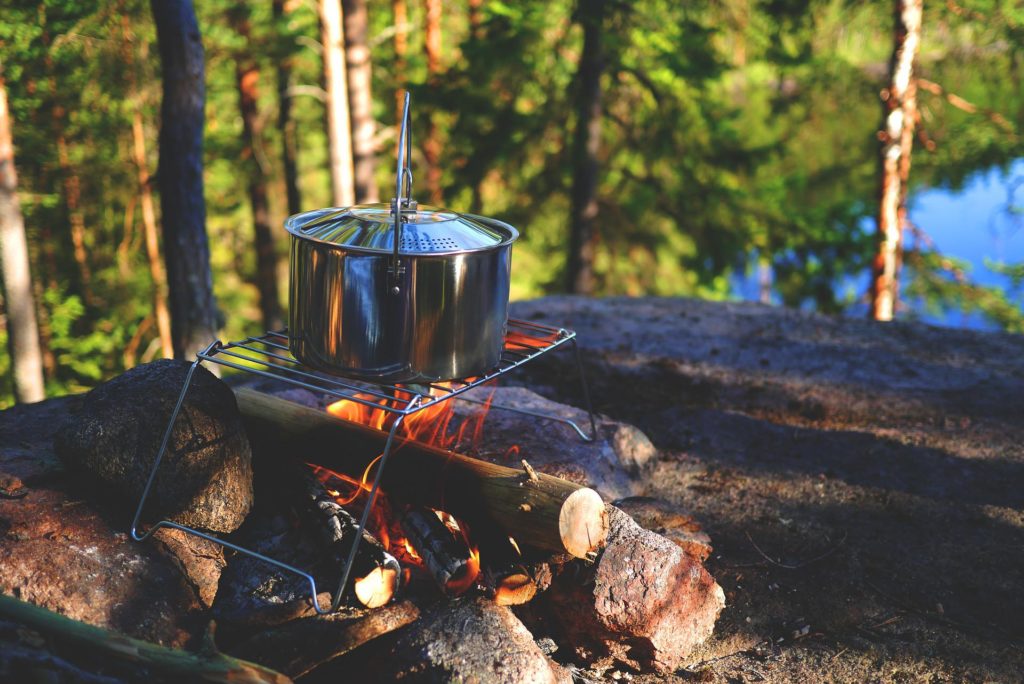 Cooking outdoors in a group is fun and a lot easier than you may think!

How to Start Your Own Outdoor Cooking Group

Check out my Pinterest board Healthy Camping Recipes for some culinary inspiration! 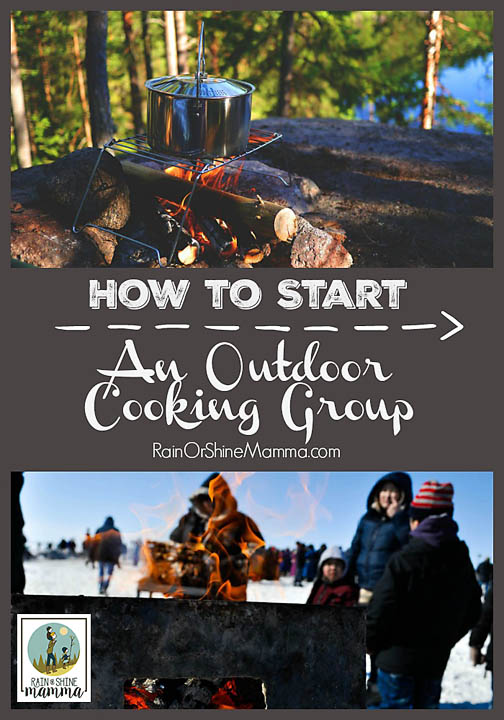