As a young family, we’re still searching for and molding our own Christmas traditions – those special moments that great holiday memories are made from. When I grew up in Sweden, it used to be baking ginger snaps and building a ginger bread house with my grandparents every year. And, of course, on Christmas Eve, anxiously awaiting the arrival of Tomten, the Swedish version of Santa Claus (he usually showed up shortly after a male relative had left the festivities to “buy a newspaper”).

I still like baking, but I’ve fallen out of love with ginger snaps. And the last time I attempted to build a ginger bread house with my then 3-year-old daughter we both crashed and burned. So this year I wanted to do something different to make the Christmas season special, something that would also give us a reason to go outside every day.

Swedish folklore teems with  gnomes, trolls and fairies, and during the holidays their presence usually gets more attention than normal, through books, TV-shows and story telling. Gnomes were traditionally believed to be supernatural creatures that took care of the animals on people’s farms and on Christmas people would reward them for their work by putting out a bowl of rice pudding. It was important to stay on good terms with the gnomes, since otherwise they could get irritated and subject you to various pranks.

I asked the kids if they would like to build a little house for the gnomes and trolls outside and see if anybody would show up. They immediately jumped on the idea. 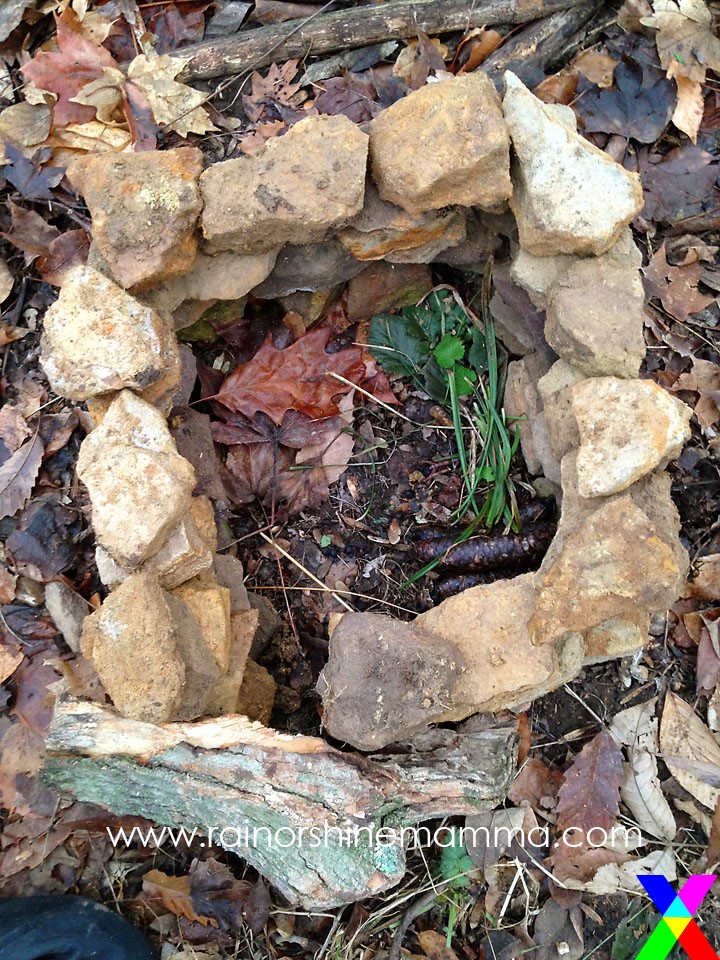 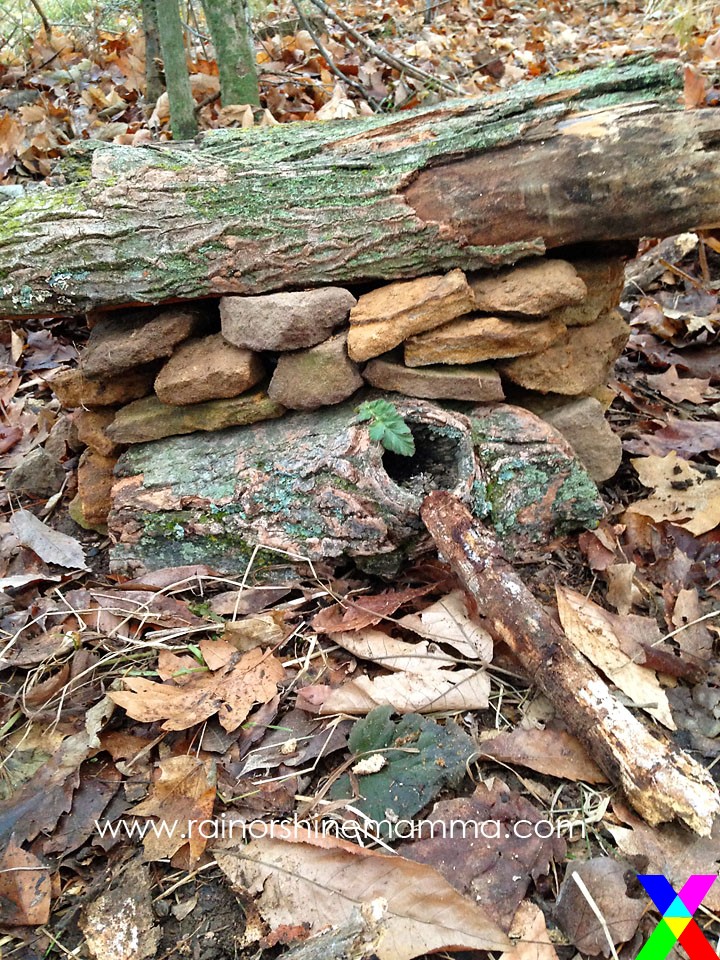 I let them pick out the location and suggest materials for the troll/gnome shack, and then we went to work. We used small, flat rocks to make three walls and created a roof from three pieces of firewood. We used another piece of wood with a hole in it for the front wall, the hole providing an entrance for the house’s tiny dwellers. My oldest daughter took an active part in the design and suggested adding a ramp to the entrance hole and a slide from another hole in the wall, which the gnomes could use for a quick escape. She also furnished the inside: Leaves became beds, bark was used as a table and couches were created from pine cones.

Every day until Christmas, something happens at the gnome house. After the first night, the girls found some wild berries in the house, a sign that somebody had taken up residence inside. The next day, the creatures had stolen a Christmas ornament from our tree and put it in their own house. Yesterday, we found that the “flag pole” that we had made from a stick and leaves was broken off, indicating that the gnomes had been a bit rowdy the night before. We’ve also put out raisins for the creatures to eat and built a small holding pen for their animals. Today, one of the girls’ plastic dinosaur unexpectedly showed up in the pen. 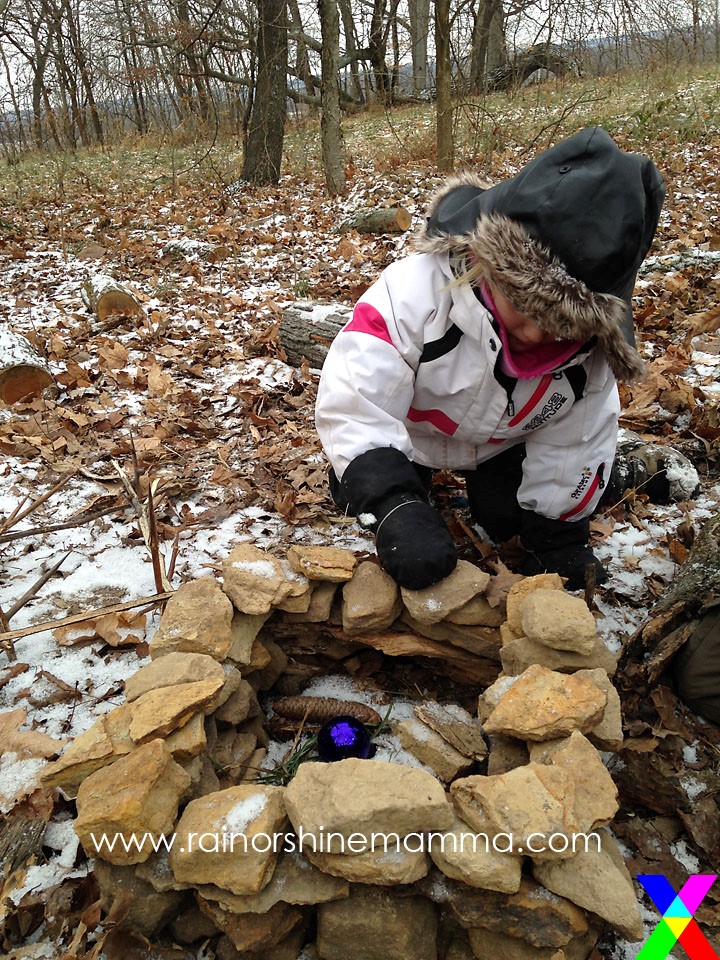 The best part of the house is that it’s added a sense of mystery and wonderment to the holiday season, and that it gives us something fun to do outside even on days when the weather is less than exciting. Like the Elf on the Shelf, it leaves the girls wondering what the unpredictable trolls and gnomes will get up to next.

Building the house was easy and free, using nothing but natural materials that are readily available in our area, but you can make it as elaborate as you wish. One variation is to make a winter fairy garden – same concept, just a different creature!

I’m hoping that this will become a tradition the girls will cherish for many years to come. Do you have any outdoor Christmas traditions? If so, please share!

For more ideas on what to do outside with your kids this time of year, check out the Outdoor Play Party!