Adventure playgrounds encourage creative, risky, messy, child-directed play with loose parts, and they are all the rage right now. Could they be just what our over-scheduled and helicoptered generation of children needs? After taking my two daughters to a pop-up adventure playground I’m a believer. 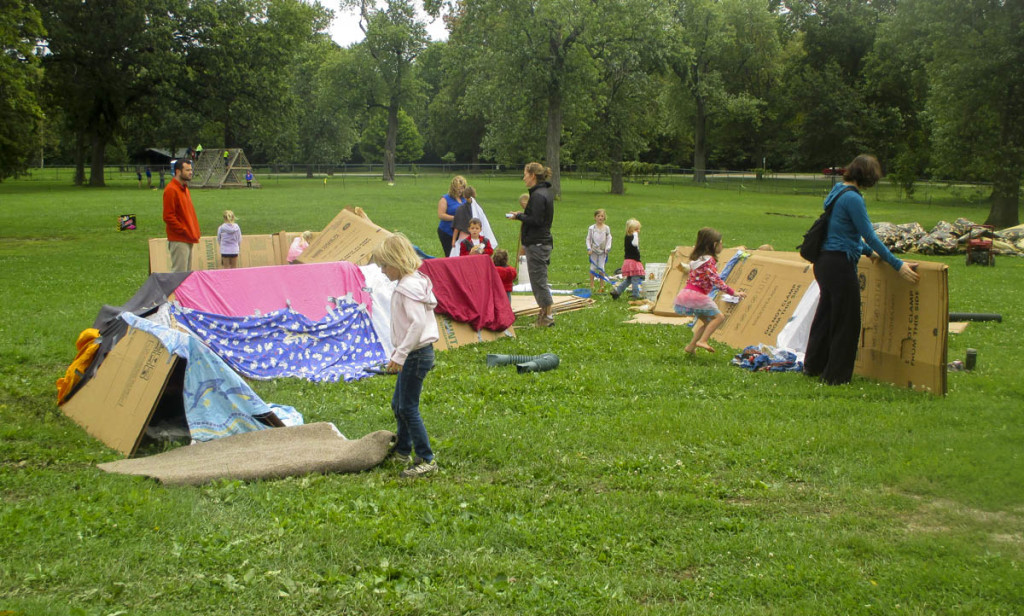 It’s 9 am at the Champaign County Fairgrounds in Illinois and a handful of kids are digging into a pile of flattened cardboard boxes, plastic drainage pipes, rope, scrap fabric, pieces of carpet, paint and duct tape. Lots of duct tape. Soon, more children join in and within an hour what started out as nothing but random, scavenged loose objects has turned into a small village of cardboard castles, tunnels and even a stage, where a 9-year-old girl is busy performing in a pair of high-heel shoes that she has made out of duct tape and PVC pipe. Welcome to KOOP – Kid Owned and Operated Play, one of a slew of pop-up adventure playgrounds that are part of a global movement to celebrate unstructured, child-directed play in the outdoors.

“A lot of times you’ll see kids at regular playgrounds who have already mastered the equipment, so they start using it in other ways to challenge themselves,” says Naomi Sukenik, a mother of two and one of the KOOP founders. “A pop-up playground encourages problem solving, calculated risk taking, engineering and creativity. I see pop-up playgrounds as a complement to traditional playgrounds; I don’t think it’s either or.”

The history of adventure plagrounds

The concept of the adventure playground originated in Europe after World War II. In Europe, kids at these playgrounds can often be seen swinging from trees, playing in mud, building makeshift structures with real tools and sometimes even starting fires. The first American playground of its kind was founded in 1979 in Berkeley, and today there are a handful of permanent adventure playgrounds in the U.S. In 2010 a major pop-up adventure playground was organized in New York City, and since then the phenomenon has spread to at least a dozen countries, according to Pop-Up Adventure Play, an organization that provides training and helps communities establish adventure playgrounds. The events can be as small as a couple of families getting together, or involve thousands of people. They are usually free and open to people of all ages. 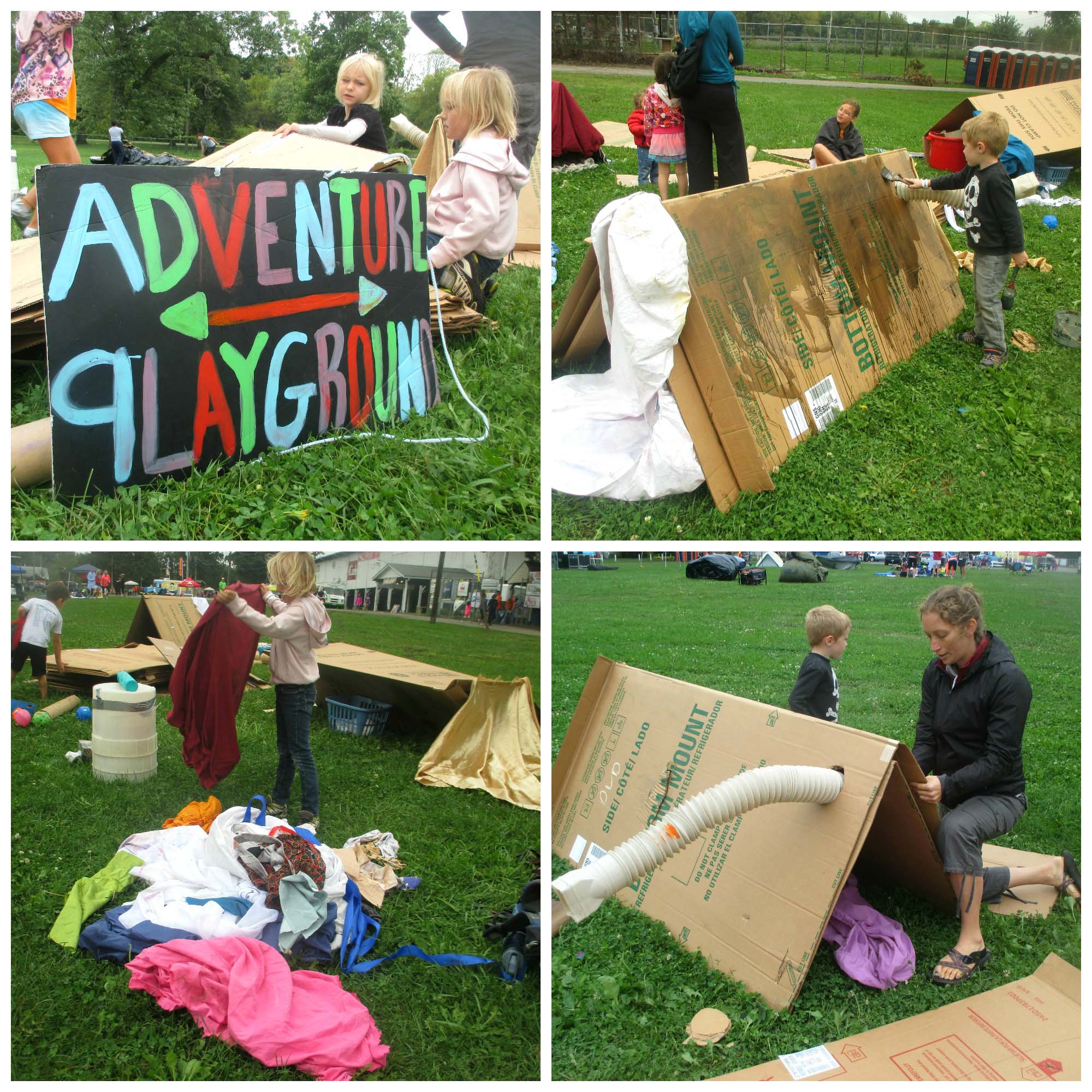 Kelsey Langley, a homeschooling mom that has been active in the Champaign group since it launched earlier this year, says she appreciates the social aspect of the adventure playground concept. “First and foremost they learn to communicate with children that they don’t know,” she says. “There are children from all kinds of backgrounds here and they all get along and work together.”

Designed for – and built by – children

For the KOOP group in Champaign the pop-up events are a first step to establishing a proper adventure playground at a fixed location. The goal is to have a large outdoor area as well as an indoor space for the cold months. At the permanent location, children will be able to build structures out of wood using real tools, like hammers and nails.

“Our adventure playground will be designated for children, and will be built and rebuilt by children to benefit children,” says Sukenik. “We believe it should evolve organically over time; loose parts and materials should trickle in slowly as the space is built little by little. The playground will never be finished, it will morph and adapt to serve different children at different times, with their various needs.” 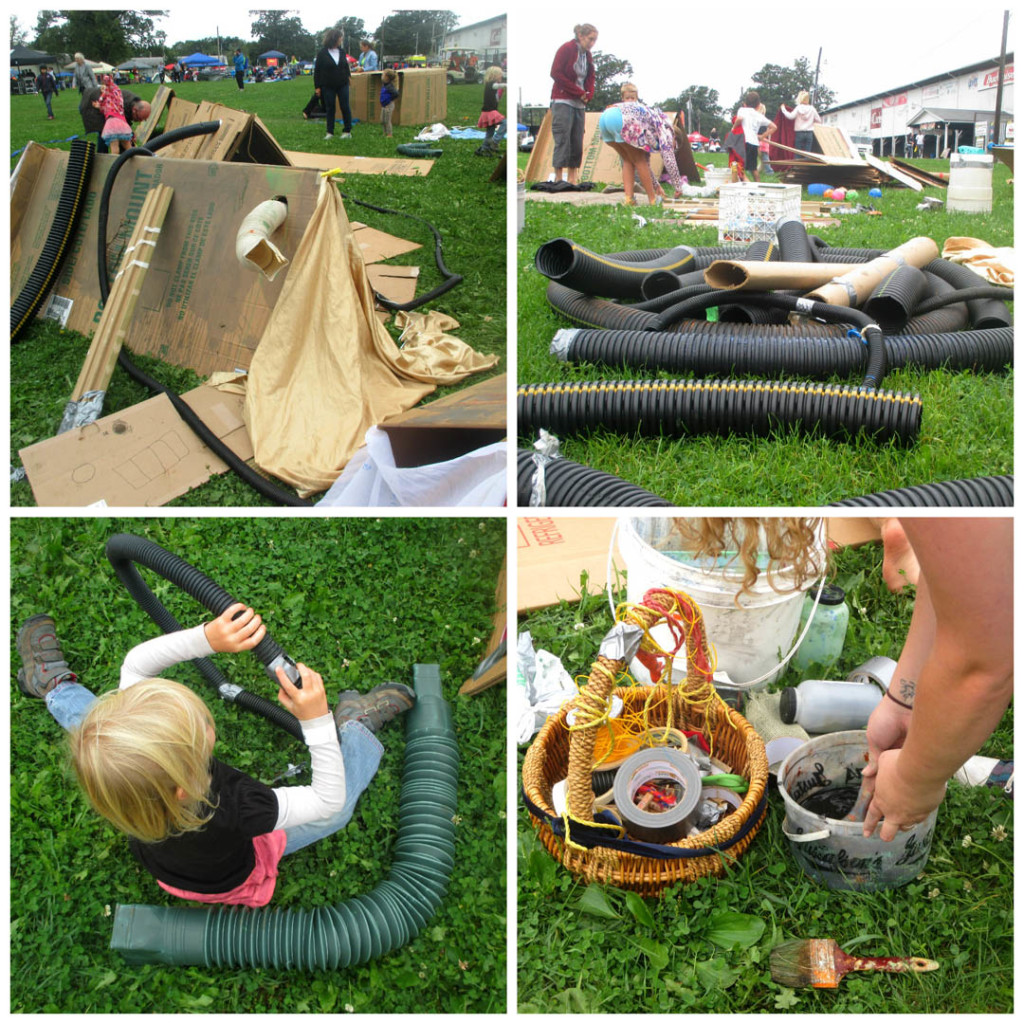 The idea behind pop-up adventure playgrounds is to counteract the sedentary and overly structured lives of children of today, and give them the freedom to be creative, take calculated risks and get messy. What mainly sets them apart from traditional playgrounds are the loose parts and the presence of trained so called playworkers, who keep an eye on safety. But the main role of the playworkers as well as the parents is to take a step back and let the kids lead the way.

“The important thing is that I’ll  help but I won’t do it for them; they have to figure it out on their own,” says Sukenik while helping a 4-year-old boy cut out a window for his cardboard house. “The playworkers only get involved to resolve conflicts, but that never happens.” On the contrary, collaboration is often necessary when the children create their makeshift structures out of tires, straw bales, crates, cardboard boxes, mud and salvaged wood.

The open-ended nature of the materials encourages the kind of unstructured free play that many parents can remember from their own childhoods, but has become less common today. Sukenik says some children aren’t sure how to play using the materials at first. “There are those who will stand near me and ask ‘What should I do? What can I do?’ I normally answer ‘Anything you want’. Sometimes it takes time to get started but they all eventually go at it.”

Thinking about establishing an adventure playground or organizing a pop-up event? Then check out these links: 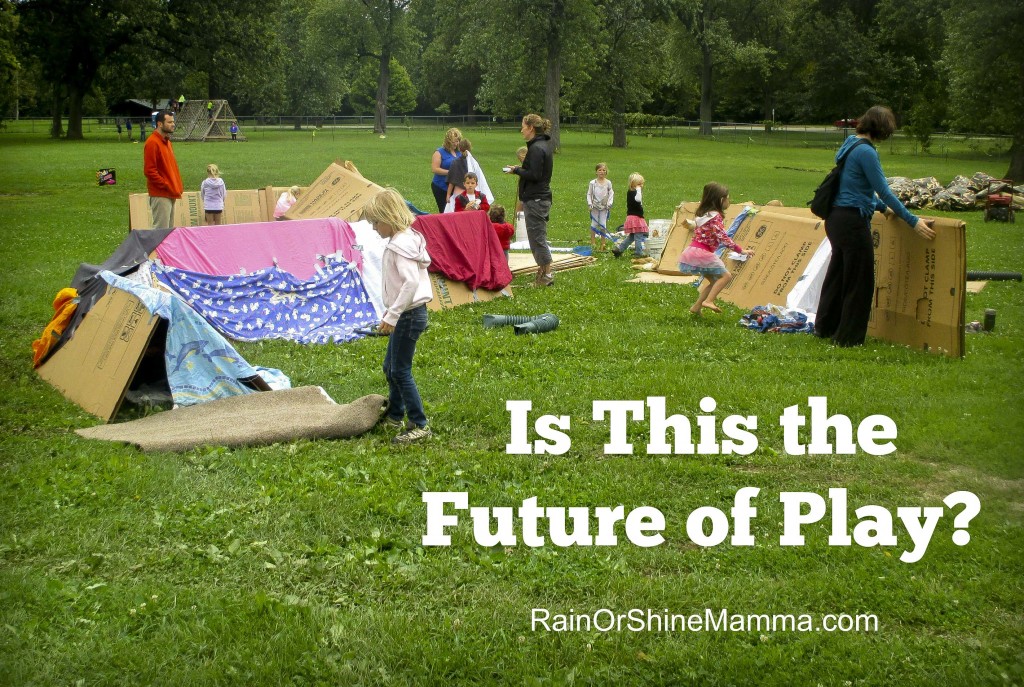 16 thoughts on “Is This the Future of Play? Why Adventure Playgrounds Are Coming to the U.S.”