In Scandinavia, where I was born and raised, the summer solstice, or Midsummer as it’s commonly called over there, is on par with Christmas as far as holidays go. Summer solstice celebrations can be traced back to pre-Christian times and mark the shortest night of the year. It’s also a time when Scandinavians flock to the outdoors, as Midsummer falls during the time of year when nature puts on its most spectacular show. 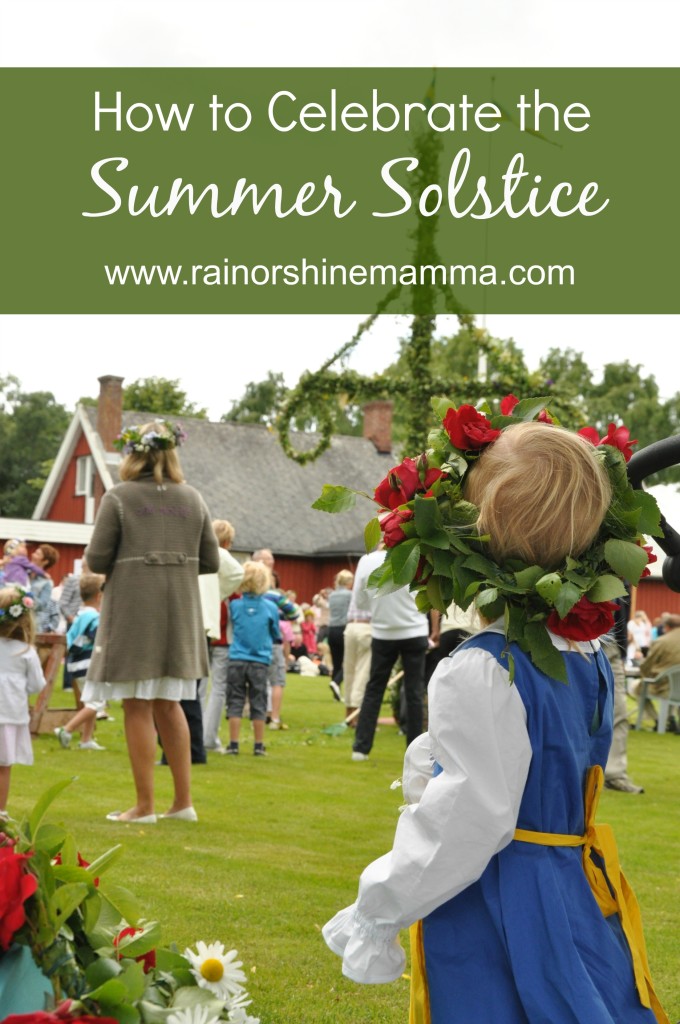 Celebrating the summer solstice is a great way to connect children with nature, as it highlights the transitions that are taking place on Earth as the crops are starting to grow in earnest, daylight is at its peak and one season morphs into another. These are my tips for making the most of this beautiful time of the year:

Homemade flower wreaths are to Midsummer what the American flag is to the 4th of July. If you only have time to do one thing to celebrate the longest day of the year, make a flower wreath for your hair. And yes – boys wear them too! Making a wreath is easy peasy, just check out these instructions for a pretty DIY Midsummer flower wreath. 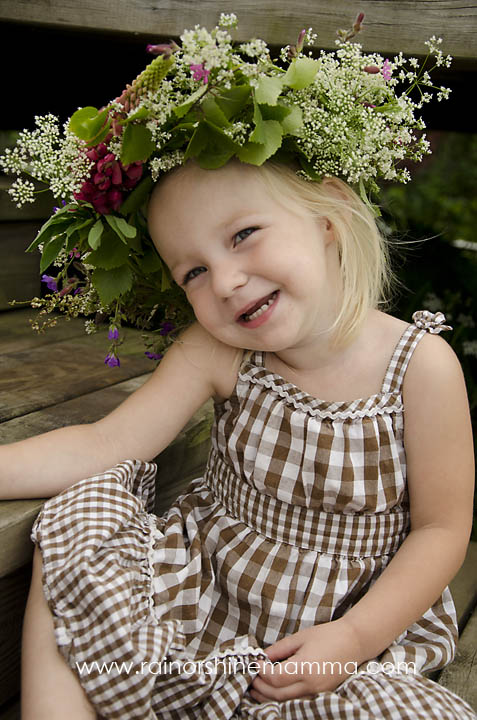 In Sweden, the arrival of the first local new potatoes and strawberries is almost treated with religious reverence. This usually coincides with the summer solstice, which means both are a mandatory part of a traditional Midsummer dinner. Midsummer is also believed to be a tribute to the fertility of the crops, so what better way to honor it than by eating local produce. Try creating something using mostly local and seasonal ingredients – maybe it will be the start of a new tradition.

This one is for the girls. Swedish legend has it that if you pick seven kinds of flowers and put them under your pillow on Midsummer Eve, you will dream about your future husband. Not to be taken too seriously, of course, but a lot of fun for kids! 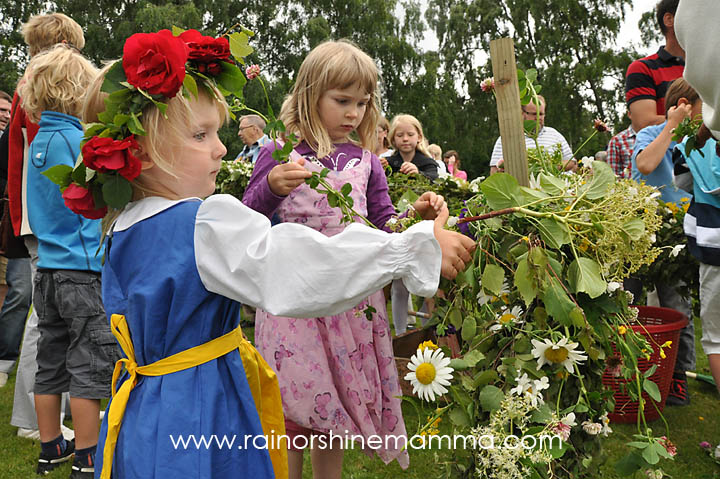 The so called maypole is a given focal point of the Midsummer celebration in Sweden. A maypole is basically a wooden cross with two circles, clad with greenery and flowers; Acorn Pies has great instructions for how to make one. After the ceremonial raising of the maypole, people typically dance around it in a big circle, while singing traditional songs accompanied by folk musicians. Don’t know any summer songs? Check out this list of eight summer songs for kids from Let’s Play Music, or simpler yet, load your iPod with 30 of the most popular summer songs ever.  Now all you’ve got to do is sing and dance yourselves silly. 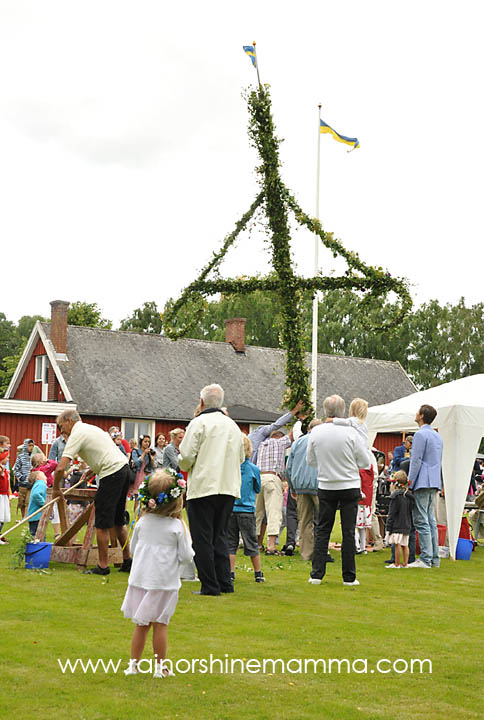 In Norway, Denmark and Finland, people light bonfires to celebrate the summer solstice. According the old pagan tradition, the bonfires would to scare off witches and other evil creatures, but today people gather around them to eat, drink and dance in a circle, just like with the maypoles in Sweden. Bonus points for ambiance if you have it by the coast or a lake in the countryside.

OK, this is technically not a Scandinavian Midsummer tradition, but I think

creating sun art is a wonderful way to celebrate the longest day of the year and the star that makes it all possible. We’re going to try out this sun art kit from Tedco that the Big Naturalist received for her birthday. Use natural objects like tree nuts, leaves, grasses, rocks and flowers to create your design, then wait and let the sun create an imprint. Dip in water and voìla – you’re done! Apartment Therapy has detailed instructions here.

3 thoughts on “How to Celebrate the Summer Solstice”