Are daddy longlegs the most venomous spiders in the world? Do flying squirrels really fly? And does eating carrots improve your eyesight? These and many other myths are exposed in The Truth About Nature –  A Family’s Guide to 144 Common Myths about the Great Outdoors by Stacy Tornio and Ken Keffer (FalconGuides, 2014) which I’ve just had the opportunity to review. 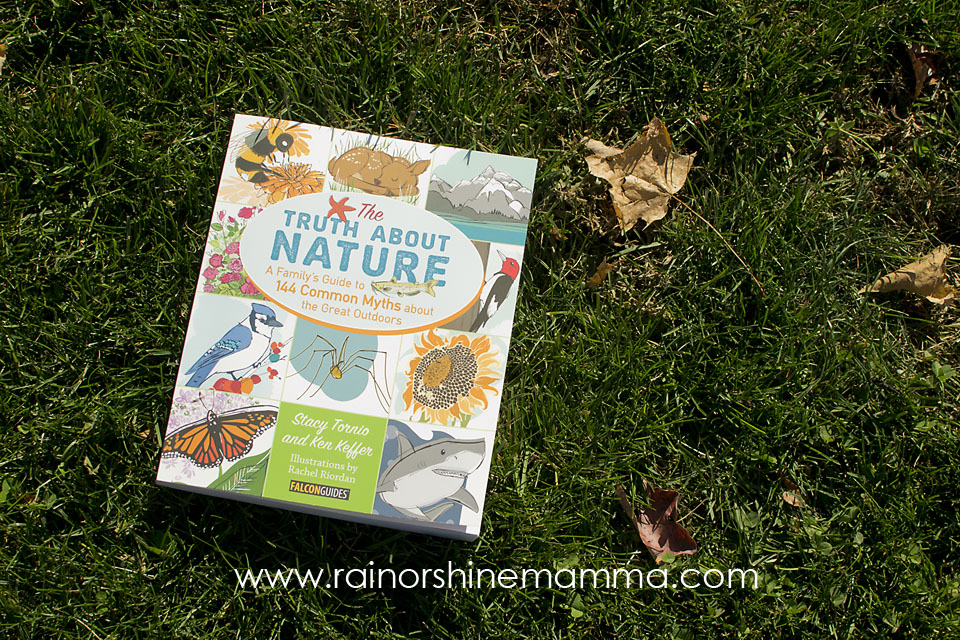 When I was a kid, adults always told me I had to wait a while after eating before swimming, or else I would get cramps and risk drowning. As it turns out, that’s nothing but an old wives’ tale that has been passed down for generations. And to this day, I (and many, many others) have believed that throwing rice at weddings was a no-no because birds would eat it and die. In fact, birds don’t like to eat rice and even if they did it wouldn’t hurt them. These are just two examples of all the nature-related myths that are exposed in The Truth About Nature.

As I was flipping through the book, I was a little embarrassed when I realized that I’ve apparently passed on some half-truths and myths to my own kids. We all know cows have four stomachs, right? Well, not quite, according to the authors. They actually have one stomach with four chambers.

The book is organized into four sections, one for each season, but many of the myths are relevant any time of the year. It also contains several segments called “Stranger than Fiction” where the authors share interesting facts that sound too weird to be true, but actually are accurate. For example, did you know that hummingbirds are the only birds that can fly backwards or that armadillos can jump high? Additionally, there are several sections with science experiments and activities that encourage kids to bust a few myths on their own. 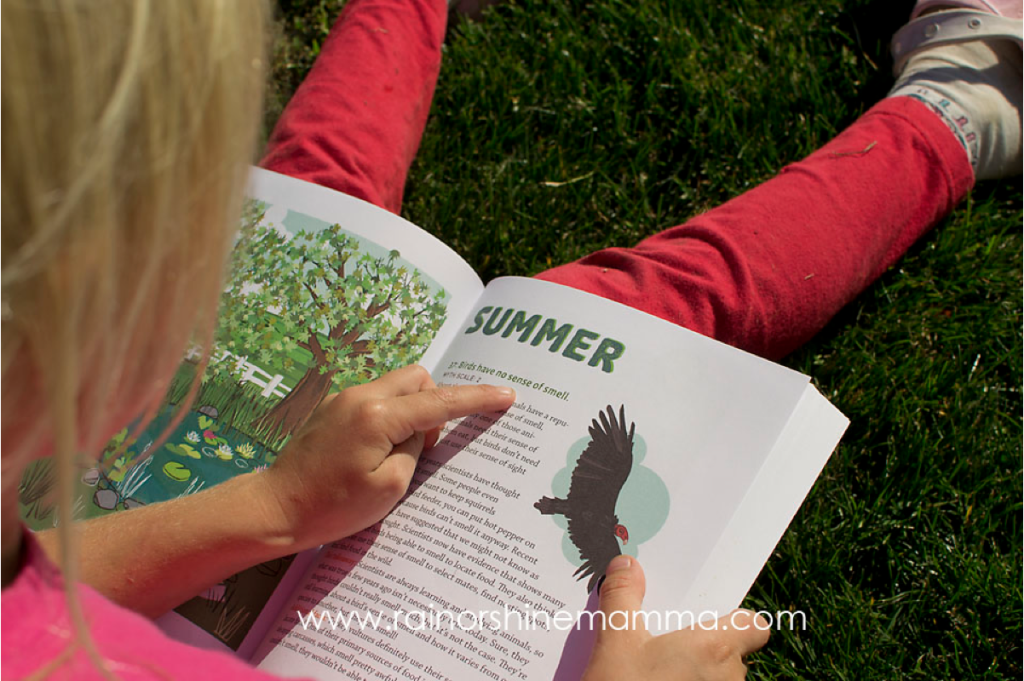 When I told the girls about the book they immediately wanted to know more. Rather than just reading from it I picked a few of the statements and asked them if they were true or false. This worked out really well since the book also has some true facts. Some of the statements they knew right away were myths, others were trickier. In any case, the book really encouraged their critical thinking skills and the Big Naturalist (who is 6 and very much into quizzes at the moment) kept telling me to ask more questions.

Overall, The Truth About Nature is a great resource for parents who enjoy sharing nature with their kids. The layout and the illustrations are attractive and the facts are interesting to adults and kids alike. The wording is mainly geared toward children, although I had to explain a few of the more complex concepts to my girls. We’ll definitely keep going back to this book, using it both as a guide, for quizzes and for the hands-on experiments!

To celebrate the release of The Truth About Nature, authors Ken and Stacy also have a really cool contest going on. They’re looking for creative photos or videos that debunk myths about nature and are giving away a school visit and free copies of their book to the winner. The contest is open until November 23 – go to FalconGuides’ website to find out more details on how to enter.

Disclaimer: A copy of The Truth About Nature was provided to me free of charge for this review. All opinions expressed are my own.