It finally happened. The moment I’ve been waiting for ever since I became a mom a little over six years ago. A major milestone. Big parenting victory.

So, did the Big Naturalist bring home a report card with straight As? Nope. (Well, she did, but that’s not what I’m talking about.) Did the Little Naturalist lose her training wheels or learn how to buckle herself into her car seat? No dice. Did we get a full night’s sleep without having little people sneak into our bed? Hell no.

Better yet: The other day the moment finally came when I had to call my daughters in for dinner.

Let me explain. I’d been outside doing yard work for a few hours, while the girls were playing nearby. Eventually, I went inside to work on a few things and left the girls outside, since I didn’t want to interrupt their play. I fully expected them to come barreling through the door to the mud room about ten minutes later, because that’s usually how it goes. At three years old, the Little Naturalist still prefers to be close to her Mamma. That’s perfectly understandable. And if there’s nobody left outside to keep her company, the Big Naturalist usually follows.

But this time it was different. I watched them through the kitchen window while I started working on dinner. They were playing in some tall weeds, where they had built some sort of nest. I could tell from their vivid body language and facial expressions that they were deeply involved in imaginative play.

Half an hour went by. Then an hour. And another. It was starting to get dark and dinner was ready. “Girls. Girls! GIRLS! You need to come in for dinner!” At first there was no response. When I finally got their attention, they looked disappointed and grudgingly came walking toward the house. “We were playing cats,” the Big Naturalist explained, once they got their coats off. “I was the mommy cat and she was the baby cat,” she added, pointing to her little sister.

As much as I love being outside with my girls, I was absolutely thrilled that they had just spent two hours outside without me and that I had to MAKE them come inside. Don’t get me wrong – I’m not trying to ditch them so that I can go do other stuff (although getting a head start on dinner was pretty nice). I just remember what it was like to be a kid and explore, adventure, imagine, play and grow in the outdoors. A lot of kids today will never know what it’s like to stay out “from sunup until the streetlights come on,” as older people constantly tell me that they used to do. But it’s something that I deeply wish upon my own children.

For that reason I’ve been getting outside with the kids for the past six years, every day, regardless of the weather. It hasn’t always been easy. It hasn’t always been fun. We’ve had our fair share of disastrous hikes, soaking wet boots and wardrobe-related meltdowns. Sure, most kids – including mine – love to play outside when given the chance. But they also have a lot of other distractions, and they don’t always want to go outside.

I know I have a lot of shortcomings as a parent. But as I was watching the girls getting so engulfed in their cat game that there was nothing else they’d rather do or nowhere else they’d rather be, I knew I had at least done something right. For the girls, getting called in for dinner for the first time may not have been a big deal. They probably won’t even remember it or grasp the significance of it. I, however, am sensing the beginning of a new era. And I think it’s going to be a good one. 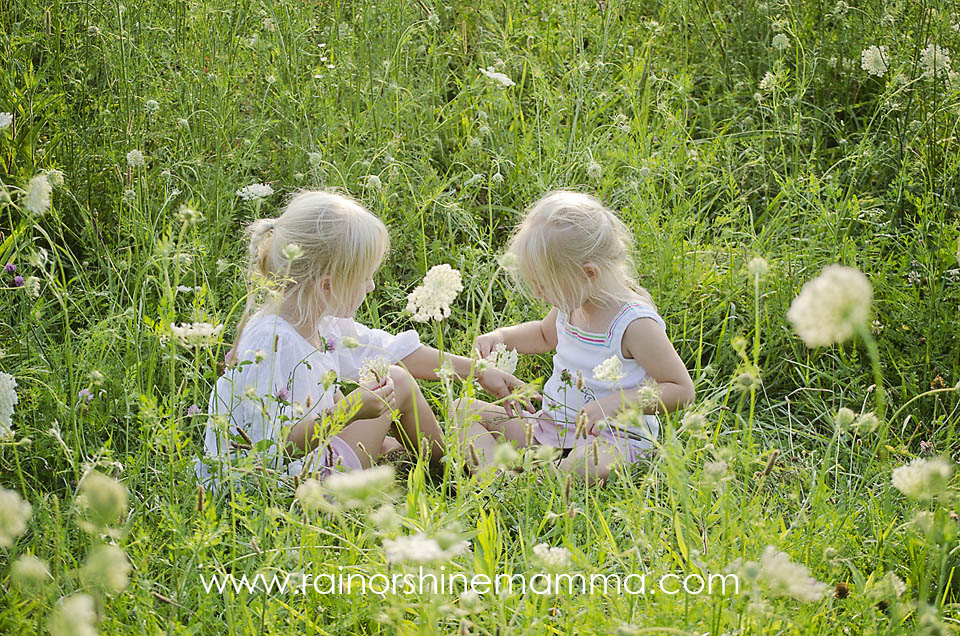 What are some of your kids’ recent milestone? Please share in the comments!

12 thoughts on “A Major Milestone for a Couple of Outdoor Kids (And Their Mamma!)”