Hiking is often the first outdoor activity people get back into after becoming parents, myself included. That doesn’t mean it’s necessarily the easiest one – especially not if you’re dealing with a tantrum-prone child. These tips can help when you go hiking with toddlers!

I’ve hiked with my daughters since they were a few weeks old. With my firstborn, the Big Naturalist, it was a piece of cake. I secured her in the baby wrap, put on my hiking boots, loaded up the dogs in the car, and off we went. She took naturally to the outdoors and loved coming on hikes. After she outgrew the baby carrier she started riding in a back carrier and then finally, at age two, she started walking considerable distances in somewhat difficult terrain by herself. She happily followed the dogs along the trail, fearlessly scaled rocky hillsides and kept up with me without complaining (most of the time). 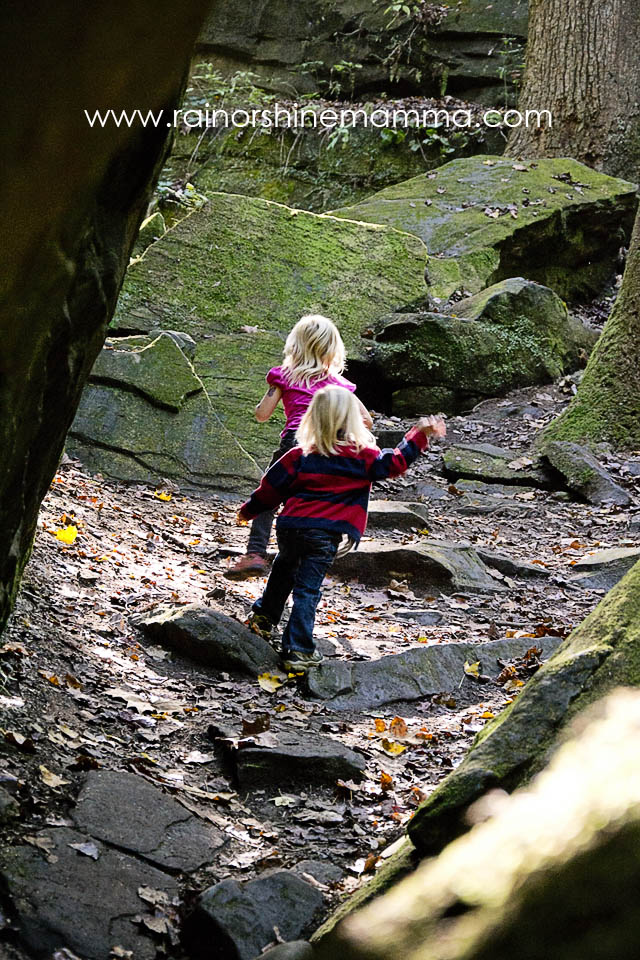 I congratulated myself for succeeding in raising such an outdoorsy child and being able to continue my pre-baby lifestyle, which very much revolved around hiking and staying active in nature. Then I had another baby.

I was starting to wonder if this was a battle I was going to lose. Maybe I should just throw in the towel and go inside? Put her in front of a dinosaur movie and be done with the whole spending-time-in-nature thing for a while. But instead I decided to get creative. I started to think about ways to make hiking with toddlers more fun and have gradually been able to get the Little Naturalist on board. These are some things that have worked for us:

At age two and a half, the Little Naturalist still wants carried around a lot and being the youngest, she usually gets away with it. But she seems more contented, our hikes are getting longer, and she rarely asks to go inside. Which leads me to believe that although I have lost a few battles I may be well on my way to winning the war.

2 thoughts on “7 Tips for Hiking with Toddlers”