Before I became a mom, I’d never taken an interest in animal tracking. Actually, I thought it was a skill reserved for hunters and hardcore naturalists. But fortunately my 6-year-old daughter has set me straight. This winter, she’s repeatedly wanted to look for signs of wildlife – animal tracks in particular –  every time we go outside, and has proudly identified several species by herself. Now we often go outside and look for tracks, scats, fur, bark rubbings and other signs of wildlife together. In the process I’ve realized that animal tracking with children is one of the simplest things parents and caregivers can do to connect kids with nature in a way that engages both their bodies and minds. At a time when young children can identify over 1,000 corporate logos, but only a few are able to identify even ten local animal and plant species, this seems more pressing than ever.

Animal tracking is a fun nature activity for preschoolers as well as older children, and it can be done any time of the year. The best part is that you don’t need to be an expert to track animals, as long as you’re equipped with some curiosity about the natural world. See it as an opportunity to learn something new alongside with your child! 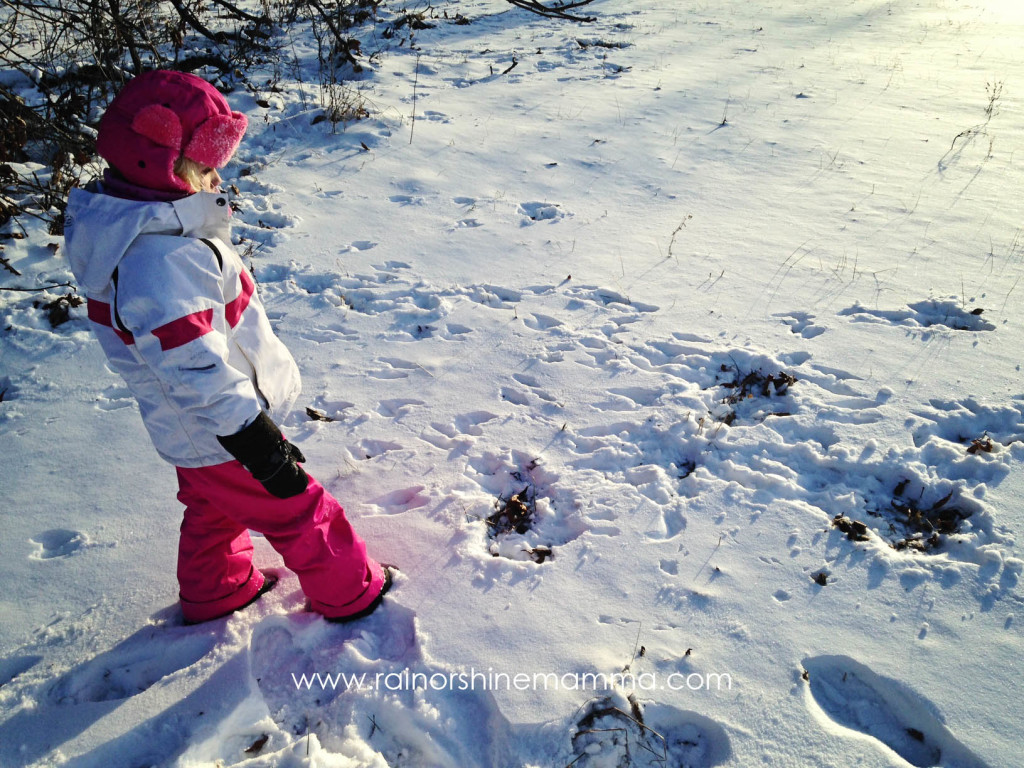 Why track animals with kids? 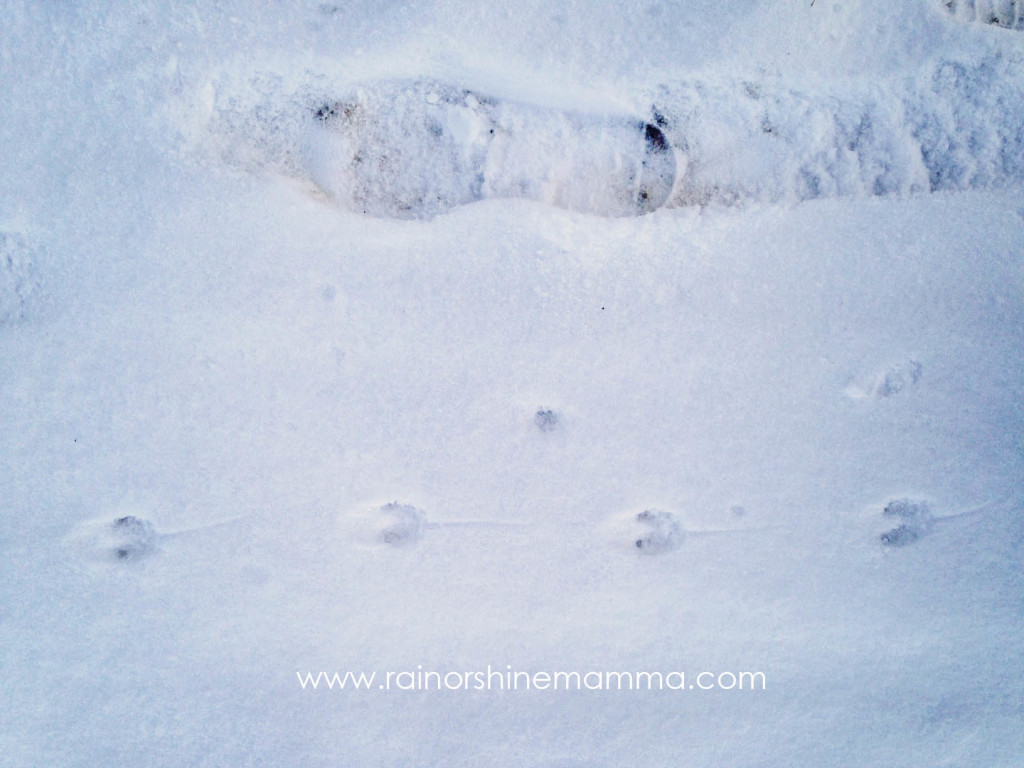 How to track animals with kids

When we think of animal tracking, paw prints are typically the first thing that comes to mind. However, animals offer many other clues about their whereabouts. If you look closely, you may find scats, fur, feathers, nests, skulls and bones, trails, chew marks, and other things that an animal has left behind. Try to engage as many senses as you can while examining clues:

A good place to start looking for tracks and other signs of animal life is where animals feed, drink, bathe or gather. You also need a good medium for the tracks to show. Snow makes the tracks easy to follow and is maybe the best medium of all, but mud, damp soil and sand are other excellent surfaces. Damp woods, shady trails, seashores, and near creeks and river banks are places where animals are both likely to be and leave tracks.

Animal tracking can be done with no equipment at all. But if you want to step it up a notch, or if you’re not sure how to identify different tracks these helpful tools are fun to include: 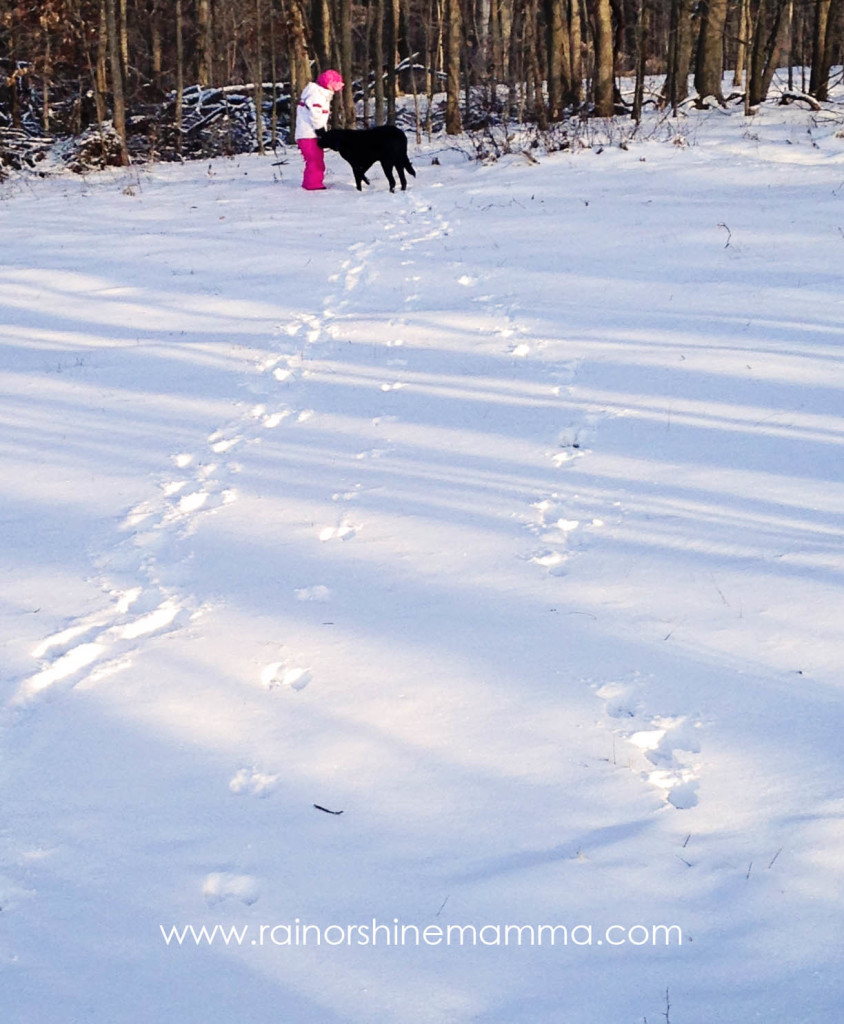 If you’re new to animal tracking, there are plenty of resources online and even smart phone apps that can help with identifying tracks, scats, skulls and bones. Here are a few ideas to get you started:

BioKIDS has excellent guides broken down in five categories: Animal Tracks, Bite or Chew Marks, Things Animals Build, Things that Look Like Eggs and Things Animals Leave Behind. The site is geared toward children and covers animals that are commonly found in the eastern US.

The Minnesota Department of Natural Resources offers a chart of 10 common North American mammals in this animal tracking activity guide for kids.

If you want to make a plaster cast of an animal track, check out this guide, which also includes some of the most common animals in North America.

At The Smithsonian’s page North American Mammals. you can search for mammals by region to see which ones live in your area or by species, if there’s an animal that you would like to learn more about. There’s also a special skulls and bones collection.

There are several smartphone apps for animal tracking. Some come with free versions that list just a few animals if you want to try it out before you buy. These are the ones I have found so far: Scats & Tracks of North America, Critter Trax, iTrack Wildlife and MyNature: Animal Tracks.

With these tools, getting started with animal tracking will be a breeze, so get out there and see what you can find. My daughter and I are still a long way from knowing 1,000 local animal species, but by studying wildlife on a regular basis, we’re at least giving those corporate logos some healthy competition!

12 thoughts on “Animal Tracking with Children: A Beginner’s Guide”